From Golden Boy to Made in Abyss, Introducing John Swasey! 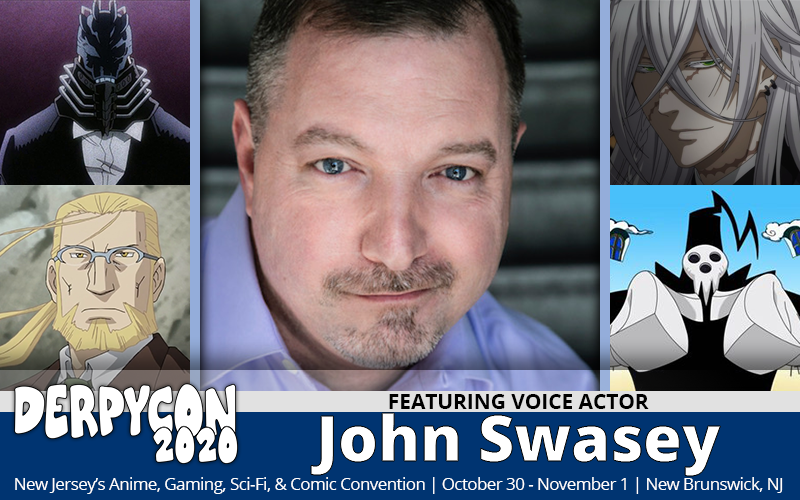 Introducing the next guest for DerpyCon 2020 – John Swasey!

Having first hit the anime scene with his one episode role in Golden Boy back in 1996, John Swasey has been known to play some of the most well known characters in anime, including Gendo Ikari in the Director’s Cut and Rebuilds of Neon Genesis Evangelion, Van Hohenheim in Fullmetal Alchemist: Brotherhood, Undertaker in Black Butler, and most recently All For One in My Hero Academia. You can also find him as the voice of the Gunzerker Salvador in Borderlands 2.

Learn more about John Swasey on our Guests page.