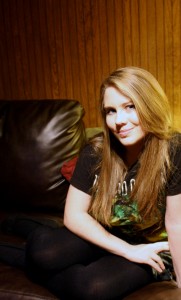 Brittany has made appearances in many internet videos, independent games, and animation. Her debut anime role was Mirim from Queens Blade Rebellion. Brittany is best known on the “Epic __ Time” series as Pinkie Pie in the My Little Pony parody series.

ABOUT DERPYCON: Serving as a multi-genre science fiction convention in northern New Jersey, DerpyCon celebrates the culture of animation, fantasy, and gaming. DerpyCon is presented by Vidgle and Jenthony Enterprises, Inc.

For more information and news about DerpyCon 2014, go to https://derpycon.com.