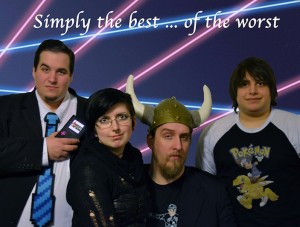 Morristown, NJ (December 20, 2013) – DerpyCon is please to announce their third guest for DerpyCon 2014, the NerdFit Network.

Formed in 2007, the NerdFit Network has been traveling to conventions hosting panels, game shows, performances, dances, and other programming.

The Nerdfit Network thrives on making people happy by offering a large selection of ways to be entertained while specializing in events and presentations.