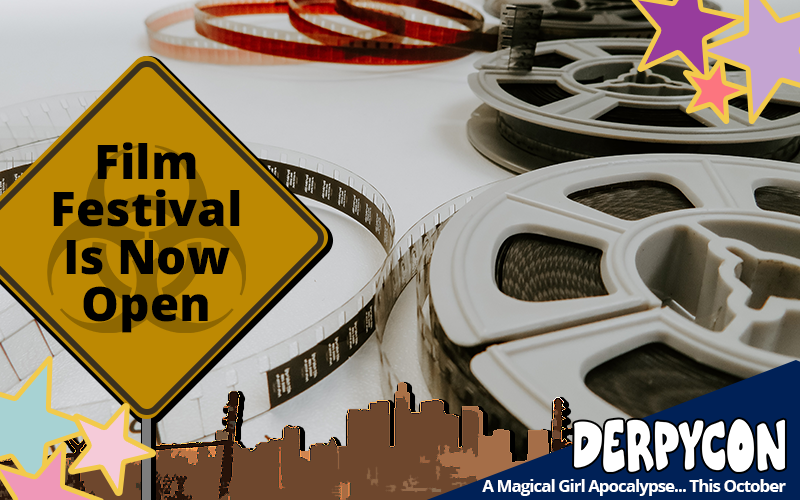 DerpyCon is very excited to announce the return of the DerpyCon Film Festival for 2022! Filmmakers rejoice and join us in sharing your anime, gaming, cosplay, sci-fi, horror, comic and general nerd related films during our film festival for all to see. We will even be handing out three awards to the competition – the Golden Cone for Best in Show, the Golden Cloud for Top Animated Film, and the Golden Muffin for Top Regional Film. Join us in showcasing your film at the convention by submitting before August 10th, 2022 at https://derpycon.com/film-festival/.