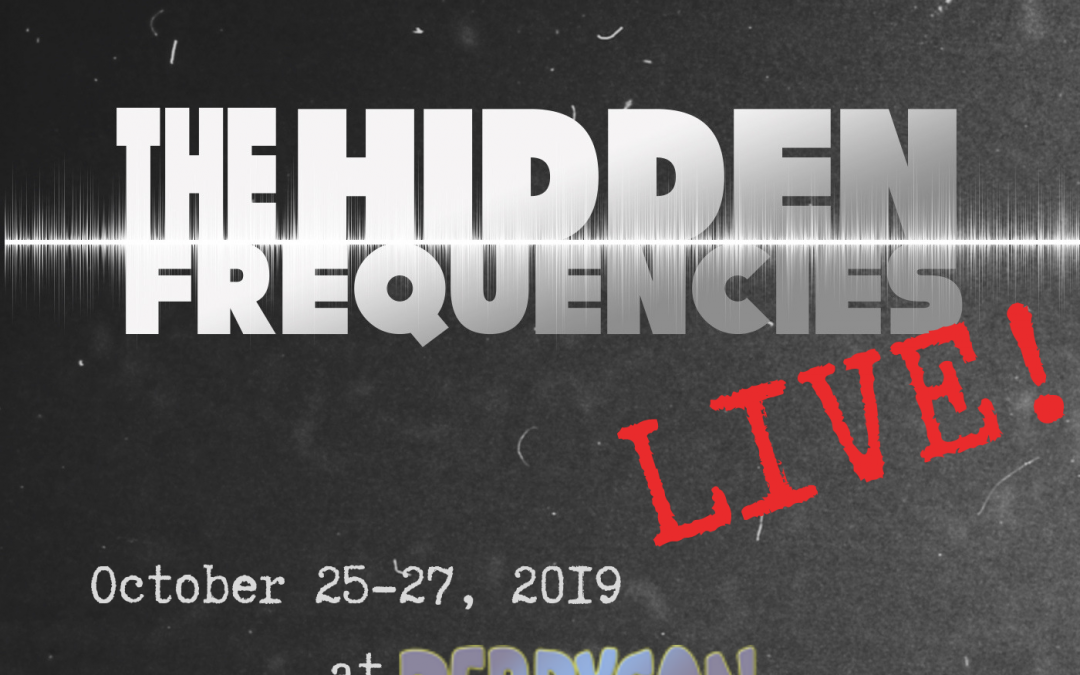 If you are a fan of voice acting, old-time-radio, and horror fiction, do not miss the opportunity to be there as they present and record an unheard episode of The Hidden Frequencies!

The Hidden Frequencies Podcast is an original, science fiction/horror anthology presented in audio drama format.  Series creator and director, Mick Wingert, assembles some of the greatest names in voice acting to present original radio-plays in the style of great anthology shows like The Twilight Zone, Outer Limits, Tales from the Crypt, and Black Mirror.