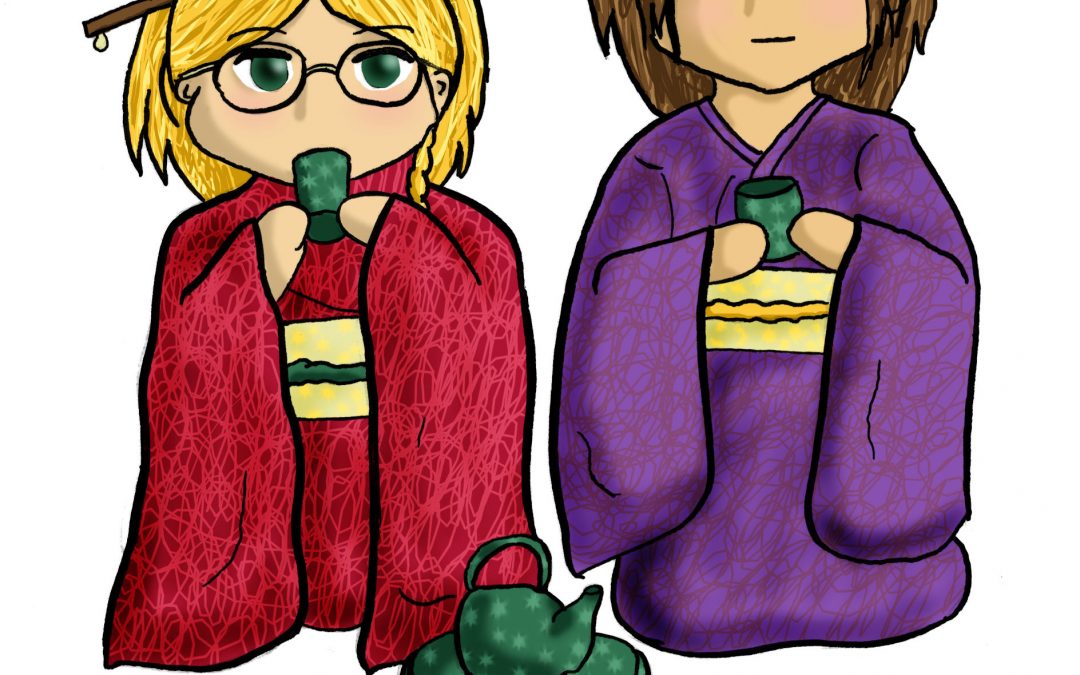 Morristown, NJ (August 8, 2018) – Want to learn how to wear a kimono? What about Japanese brush art? Then come see the Comiku Girls at DerpyCon 2018!

The Comiku Girls, Akiko Meigetsu & Li Izumi, are celebrating their 10-year anniversary attending the convention circuit along the eastern seaboard and beyond. Each has had a pencil (or brush) in their hand since they could hold one, & have been telling stories since they could talk. At conventions, they are artists, cosplayers, & Japanese cultural panelists. In 2004, we debuted our popular Japanese Tea Ceremony Panel, and have continued to create unique panel options in the decade since.

Akiko is an artist, working in both digital and traditional media (watercolor and Asian Brushpainting). Li has studied Japanese language & culture for over a decade, including a semester in Akita, Japan.

Akiko has a Ph.D. in Biology from Duke University. She has studied Brush Painting with Chinese master, Cong Yuan, and watercolors with artist Luna Lee Ray. She has been painting in water media for more than a decade.

Li has a B.A. in East Asian Studies and a Master’s degree in Classical Japanese Language and Literature from University of Massachusetts, Amherst. She spent 4 months in Akita, Japan, living and going to school, where she studied, among other things, how to wear a kimono, calligraphy, and tea ceremony.