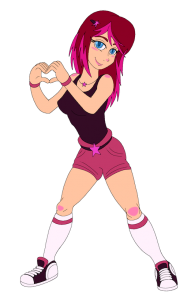 Kira Buckland is a Los Angeles based voice actress originally from Alaska. She has provided voices for anime such as Accel World (Kuroyukihime), Blue Exorcist (Izumo), Lagrange: Flower of Rinne (Madoka), and Magi (Kougyoku). As an avid gamer, she is also proud to voice act for video games such as Skullgirls, Mugen Souls, Time & Eternity, Ragnarok Odyssey, Dungeon Fighter Online, Luminous Arc 2, and many more.