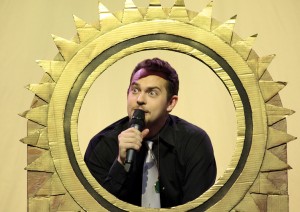 Traveling to anime, comic cons, and other events in between, Uncle Yo brings a unique experience of geek stand up comedy. Uncle Yo also presents a weekly podcast, “We are Geek,” which covers current issues, reviews shows and features up-and-coming convention guests, or fan-lebrities. His web work can be viewed with cameo on several Nostalgia Critic reviews, including starring in the 5th Anniversary short forThatguywiththeglasses.com, DragonBored. Yo was also featured on SchnozMan and Hole Punch at Stayballsy.com as florist sociopath and super-villain, Jeff Regean. Earlier, he was featured on the Youtube series Doujinopolis alongside producer Mario Bueno.